Celtic are reportedly braced for interest in Jeremie Frimpong ahead of the January window.

That’s according to The Scottish Sun, who claim that several Championship sides, along with Premier League outfit Southampton, are tracking the teenager.

The report also reveals that the Hoops have held discussions over a contract extension with the 19-year-old, however, no agreement has yet been agreed.

Frimpong has been a regular under Neil Lennon this season, featuring in all 14 Scottish Premiership fixtures.

He’s made 21 appearances in all competitions, with Lennon using him mainly as a right-back.

Frimpong has been an ever-present figure in the Celtic side this season, however, he’s come in for criticism from several Hoops supporters recently.

Many fans hit out at the youngster following his performance in last month’s draw with Hibernian and recent defeat to AC Milan.

Would you be tempted to sell Frimpong in January? 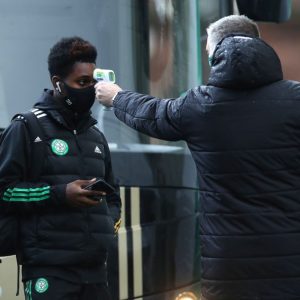 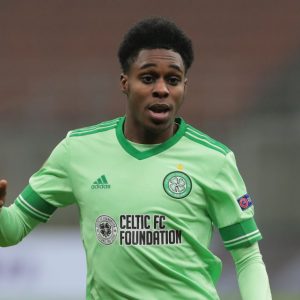 In regards to his future, Celtic should be under no pressure to sell due to Frimpong’s current Parkhead deal running to 2023.

He’s currently valued at £2.7m by Transfermarkt, but if an offer comes in significantly higher than that, the Hoops may be tempted to cash in on the player who cost £342,000 last year.