It’s safe to say Celtic are in a rut for the first time in 10 years.

The Hoops have won just two out of their last 12 fixtures in all competitions, falling 13 points behind rivals Rangers at the top of the Sottish Premiership, while also being eliminated from the Europa League and Scottish League Cup.

The club shipped 28 goals during those 12 games, and many Celtic fans want assistant manager John Kennedy to receive the boot before manager Neil Lennon.

Kennedy, who stepped up to assist Neil Lennon in February 2019, has been at the club since 2010, initially coming in as a scout under Tony Mowbray.

Since then, the 37-year-old has coached the club’s Under-19 side and was a first-team coach during Ronny Deila and Brendan Rodgers’ stints at Parkhead.

@celtic_now asked their followers if Kennedy should also lose his job if Lennon leaves.

The post received plenty of interaction, with these Hoops supporters making their feelings known, with some even wanting him out before Lennon.

Twitter: Yes i will even pay for his taxi! https://t.co/KmidIsKLiN (@DMcGCfc1888)

Twitter: @celtic_now He and Strachan should go now if the board are backing Lenny let him have his own staff. Lenny is takin… https://t.co/MOWev1CTJ1 (@paulodee71)

Twitter: @celtic_now Kennedy and Strachan should go before Lennon (@PaulMcG1994)

Twitter: @celtic_now Are you kidding, he should be first to go the great pretender (@McKay779)

Twitter: @celtic_now He should be gone already after that shoulder shrug (@AllDoTheHuddle)

Would you like to see Kennedy gone before Lennon? 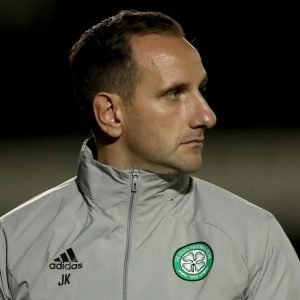 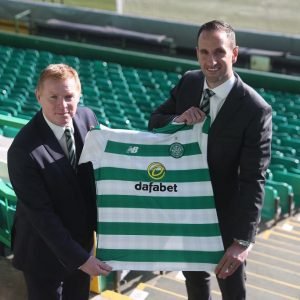