Odsonne Edouard’s Celtic future appears to be up in the air.

The 22-year-old, who has just 18 months left on his current Hoops deal, is reportedly one of four first-team stars who the club could cash in on in the New Year.

Celtic rejected a bid for Edouard over the summer from an unnamed German side and it now appears as if the player has interest from another European side.

According to the Italian media, cited by the Daily Record, AC Milan view the French forward as a potential heir to Zlatan Ibrahimovic.

Edouard is reportedly among a list of candidates put together by directors Paolo Maldini and Frederic Massara which also includes Sassuolo’s Gianluca Scamacca and Borussia Dortmund star Erling Haaland.

The next two transfer windows, in our view, are vital for the Hoops, should Edouard’s contract situation remain the same.

Every passing month could impact the striker’s valuation, which has reportedly been set at a minimum £30m in the past.

Would you be open to selling Edouard in January? 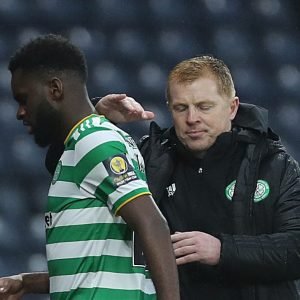 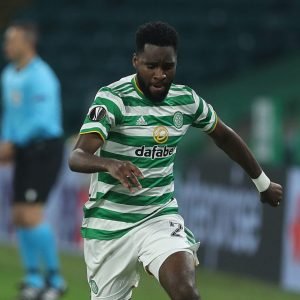 There may come a time where the Hoops have to cash in on Edouard or risk losing the player for a fee way below their valuation.

It remains to be seen if Milan will firm up their reported interest come January, but Edouard’s future could be one to keep a close eye on over the coming months.