Celtic returned to winning ways on Sunday in the Scottish Premiership with a 2-0 victory over Kilmarnock.

Second-half strikes from Mohamed Elyounoussi and Shane Duffy proved to be the difference at Parkhead, with Neil Lennon’s side 13 points behind rivals Rangers with two games in hand.

However, prior to the fixture on Sunday, the club wished former right-back, Mikael Lustig, a happy birthday on their official Twitter page.

The 34-yar-old spent seven-and-a-half-years at Celtic Park, leaving the club last year after making 276 appearances for the Hoops. [BBC]

The Swede, who won 16 major honours with Celtic, currently plies his trade in his native country with AIK.

Lustig linked up with AIK after one year with Belgian side Gent, and it seems as if several Hoops fans are ken for a Parkhead return.

This is what these Hoops fans had to say to the club’s post on Sunday lunchtime, with many urging the club to bring the defender back to Parkhead.

Twitter: @CelticFC Bring him home even if just a coach. His character is missing from that squad (@Crag_1975)

Twitter: @CelticFC Bring him home just for the banter. (@Johnny_Firebird)

Would you like to see Lustig back as either player or coach? 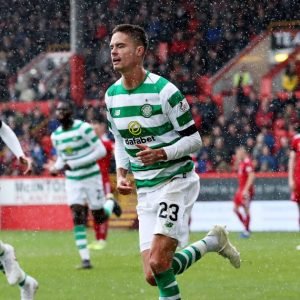 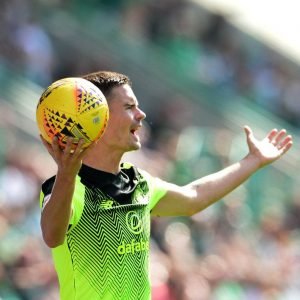