Celtic held their annual AGM on Monday, with many Hoops fans hitting out at one particular comment from chief executive Peter Lawwell.

He was asked about the club’s failure in Europe and was keen to link that the lack of fans allowed at matches has had an impact on the disappointment on the pitch.

Harry Brady of The Celtic Underground reported details of the AGM on social media throughout Monday and shared Lawwell’s 19-word reply regarding European failure.

Lawwell appears to be making reference to this year’s Champions League qualifying defeat to Ferencvaros and subsequent woeful Europa League group stage campaign. However, their problems on the continent haven’t just suddenly began this year.

Malmo, Maribor, AEK Athens and Cluj, all unseeded, have knocked the Hoops out of various European competitions in recent years, with those matches having supporters in attendance.

Here is what these Celtic fans had to say in response to Brady’s tweet, with many not buying Lawwell’s remarks:

Twitter: Deflect and blame. The fans were with the team against Cluj. The manager cost us then just as he continues to do ag… https://t.co/iWLmt0PU7m (@DavidMckay79)

Will Celtic reach the Champions League group stage next year? 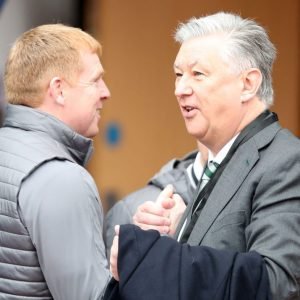 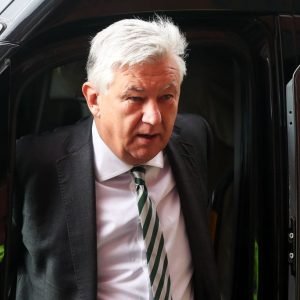 Twitter: We had a full stadium supporting the players against Cluj and Copenhagen last season, so that isn’t the issue. https://t.co/PK02KFjP5p (@_CLMike_)