Conor Hazard is reportedly closing in on a new bumper contract extension to keep him at Parkhead.

That’s according to The Scottish Sun, who claimed that Neil Lennon is keen to get the 22-year-old tied down to a new deal, with his current contract set to expire in the summer.

Hazard, who started in the recent wins over Lille and Kilmarnock, rejected an extension over the summer, which led to a loan move to Dundee being blocked by the Hoops.

However, it seems as if the club are now closing in on securing the Northern Irishman’s services for the long-term, with Lennon recently comparing him to former Celtic star Craig Gordon.

If the Hoops are successful in their attempts of keeping Hazard at Celtic Park for the foreseeable future, we feel as if it could spell trouble for either Vasilis Barkas or Scott Bain.

Should Hazard start on Sunday? 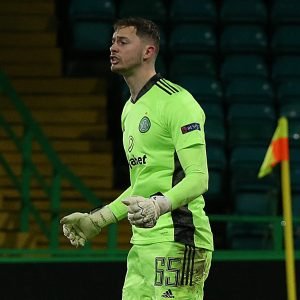 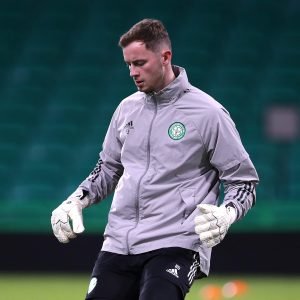 The two have been battling it out for the goalkeeping spot this season, but with Hazard now firmly in the frame, competition could be increasingly fierce.

With one out of the three being left out of the matchday squad each weekend, the Hoops may have to make a decision over the next six months in regards to Barkas and Bain, especially with Fraser Forster being linked with a January move as well.