Celtic take on Hearts on Sunday afternoon in the Scottish Cup final, aiming to seal a fourth consecutive domestic treble in the process.

Neil Lennon has some big selection calls to make ahead of the Hampden Park showdown, including who should start at left-back, and several Hoops fans have had their say on social media.

Diego Laxalt has been a regular since joining from AC Milan on a season-long loan, making 13 appearances in all competitions.

His displays against AC Milan and Hibernian came in for plenty of praise from several Celtic fans.

However, he’s lost his spot to Greg Taylor in recent weeks, with the Scot starting in the wins over Lille and Kilmarnock.

Taylor has regularly been criticised by a section of Hoops supporters this season, with his performances against Dundee United and Kilmarnock perfect examples of that.

However, plenty now want Lennon to stick with Taylor this weekend.

These Celtic fans all had Taylor in their preferred line-ups, with one describing the 23-year-old as ‘more solid’ than Laxalt in a back four.

Twitter: @kevinpmcauley @celticrumours @jucojames I would play him on Sunday over Laxalt in the final. Just shades selection in that game for me. (@BhoyPapa)

The same team as weekend but I’d leave Eddy out, just no at it!
Klimala or Griff…
If Elly could play wide right I’d start MJ wide left n leave Frimpong out as well🍀

Who would you have at left-back at Hampden Park? 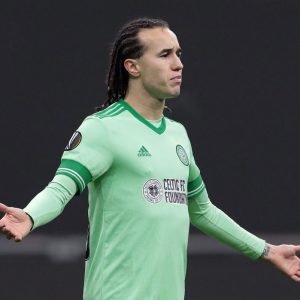 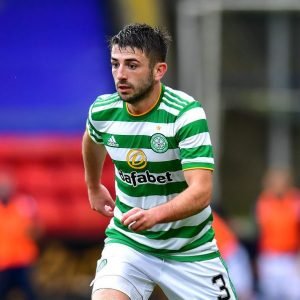