Neil Lennon’s side squandered a 2-0 lead and a 3-2 advantage at Hampden Park, with the showdown going all the way to penalties.

Leigh Griffiths thought he’d won it with his close-range strike in extra time, and Scott Brown’s reaction to the goal has since gone viral on social media.

The 35-year-old, who won the header which led to Griffiths’ goal, sprinted up to Hearts skipper Steven Naismith and made his feelings known, only to be led away by Ryan Christie and Diego Laxalt.

@Celtic1967_com shared the video shortly after, with the clip viewed over 325,000 times as of Monday lunchtime.

The post also received over 7,500 likes, with these Hoops fans sharing their love for Brown. 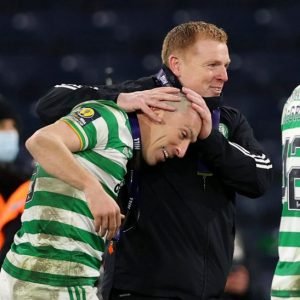 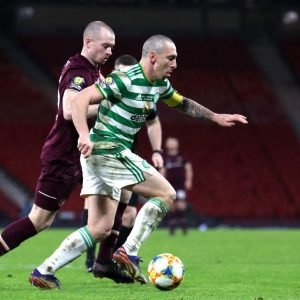