The Uruguayan, who joined on a season-long loan from AC Milan on deadline day, has made five Scottish Premiership starts since then, scoring his first goal for the club in the 2-2 draw with Hibernian.

Reports last month suggested that AC Milan have placed a £4.5m price tag on the left-back’s shoulders ahead of the January window, with many Hoops fans hoping for a permanent deal in the New Year.

However, Laxalt’s representative, Ariel Krasouski, has now addressed the player’s future, and it’s not good news for those Celtic supporters who want the South American on a long-term basis.

As reported by the Daily Record, Krasouski revealed that Laxalt has an eye on the Premier League.

Diego is playing a lot of games for Celtic and he is very happy there. They treat him very well in Glasgow.

In the summer he will return to Milan after his loan contract at Celtic ends.

I think Milan will try and sell him at that point before his contract expires in a year’s time.

Diego’s wish is to play next season in England. We’ll have to wait and see what happens.

To us, this is a big blow for the Hoops. Neil Lennon looked to have solved his left-back issues with the signing of Laxalt, however, it doesn’t look like he’ll have the 27-year-old ahead of the 2021/22 campaign.

Greg Taylor has risen to the challenge of battling Laxalt for the starting spot on the left-hand side, and that competition appears to have done wonders for the pair.

Should the Hoops move for Doughty? 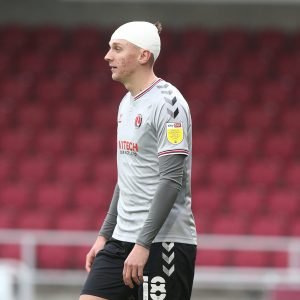 It appears as if Lennon will be on the hunt for a new left-hand star over the next six months, and one man who we feel the club may step up their interest in as a result is Alfie Doughty.

They’ve been linked with the Charlton Athletic star for some time and securing a pre-contract agreement in the New Year may turn out to be a shrewd bit of business in the long run.