We shared a story at the beginning of November regarding Dundee United goalkeeper Benjamin Siegrist.

Former BBC Scotland presenter Jim Spence claimed that Celtic had scouted the 28-year-old in October during a 0-0 draw with St Johnstone.

And now, according to the Daily Mail, cited by the Scottish Sun, the Hoops have placed the Swiss shot-stopper on their list of potential January incomings.

The story claims that Celtic are eyeing up a New Year move for Siegrist after summer signing Vasilis Barkas failed to nail down a spot in Neil Lennon’s starting XI.

Siegrist, who is also attracting interest from England, Germany and Holland, could reportedly be available for £1m with his contract running until 2022.

Siegrist starred against Celtic back in August as the Hoops eventually ran out 1-0 winners. He was statistically the second-best performer at Tannadice, recording a WhoScored rating of 8.27, making nine saves.

That may well have been the display that caught the eye of the Hoops, and to us, a £1m deal could be an excellent piece of business.

Would you take Siegrist in January? 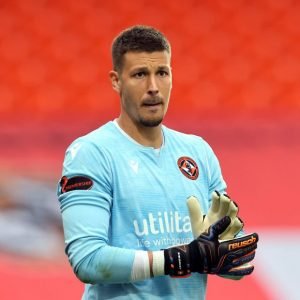 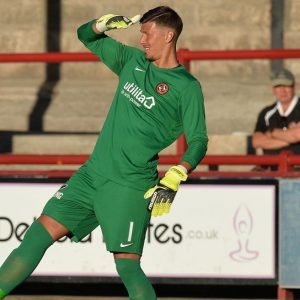 Siegrist has outperformed both Barkas and Scott Bain this season, averaging a WhoScored rating of 6.84 (Barkas 6.56, Bain 6.46).

Should the Hoops land Siegrist, one of Barkas or Bain may have to make way, especially with Conor Hazard closing in on a new Celtic contract.