Celtic kept up their pursuit at the top of the table after they recorded a much-needed win against Ross County on Wednesday evening.

Celtic had to wait until the hour mark to double their advantage when striker Leigh Griffiths headed home a Ryan Christie cross. The match finished 2-0 and Lennon’s side remain 16 points adrift of the summit, albeit with three games in hand still.

Turnbull has started to find his best form of late and the 21-year-old is quickly becoming a fan favourite with his positive style of play endearing himself to the Bhoys faithful.

Here’s a pick of the best reactions to the attacking midfielder’s latest  display, which won him the club’s Man of the Match award and was described as “delightful to watch”…

Twitter: @CelticFC @10DavidTurnbull This bhoy is a real baller, makes things happen and from an intensity perspective is in a different league…… (@CassarHouse)

Twitter: @Dafabet @10DavidTurnbull @CelticFC Well deserved. What a start to his celtic career this bhoy is having. #monthehoops (@shaunfletcher0)

Has David Turnbull Been A Hit At Parkhead? 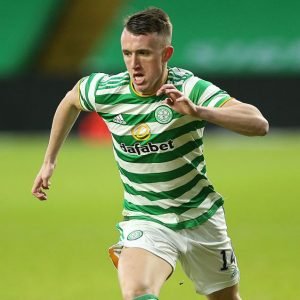 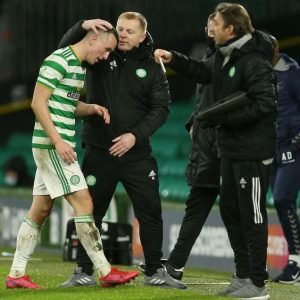 Twitter: @joe_averagejoe Have to say “What a player David Turnbull is” absolutely delightful to watch