Celtic may have comfortably overcome bottom club Ross County on Wednesday night, but there was one player’s performance which caught the eye of many Hoops fans for all the wrong reasons.

French striker Odsonne Edouard had previously been hailed by numerous Celtic fans for his goalscoring exploits, but this season his numbers are down and, according to a host of Bhoys, so are his performances.

The 22-year-old was on the periphery of a game in which he may have been expected to play a reading role, and it did not go unnoticed. He recorded only 18 successful passes and lost the ball 15 times against the Staggies (Sofascore).

Edouard was touted as a possible departure from Parkhead in the summer as clubs around Europe circled for the £13.5m-rated frontman.

Based on his current form and his latest lamentable performance according to some of the Celtic faithful, he could be fortunate just to stay in Neil Lennon’s side, let alone earn a big move elsewhere.

Here’s a pick of the disapproving reactions from Hoops supporters on Twitter, with one calling him “toothless” and another admitting they are “sick of the sight” of him playing nowhere near his best…

Twitter: @CelticBlog2018 Looked sensible on paper. Looked toothless in reality. Edouard would be held up as a signing disast… https://t.co/5mL4We2WGF (@CafeCiclista)

Twitter: Odsonne Edouard with another extremely poor performance. Mental how bad he has become. (@JGKCelticFC)

Twitter: It is with great regret that I am #Cancelling Odsonne Edouard. Thank you for your service to the club! (@_RH67)

Should Odsonne Edouard Start Against Hamilton? 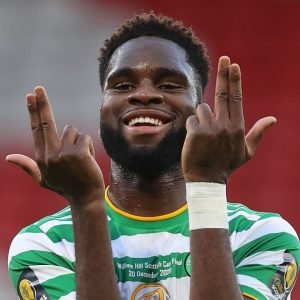 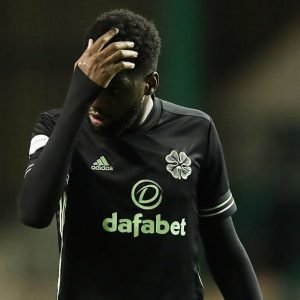 Twitter: Edouard is struggling and regressing before our eyes. His head seems gone a bit. (@lfmunro)