A number of Celtic supporters are divided over Marian Shved‘s Hoops future after the winger scored a brilliant goal for KV Mechelen over the weekend.

He joined the Belgian outfit during the summer transfer window on a season-long deal. The 23-year-old has struggled to settle at his new club so far, however, making just five appearances overall.

Shved’s lack of impact has led to stinging criticism from his manager Wouter Vrancken, who has made his feelings known about the Ukrainian. Vrancken has criticised his professionalism and all-round attitude, even suggesting he takes up billiards instead.

On Sunday, though, the 23-year-old proved his worth, scoring an excellent late winner in Mechelen’s 2-1 win at home to Royal Excel Mouscron, with footage tweeted by @aboutceltic.

Celtic loanee Marian Shved came off the bench to score a late winner for KV Mechelen in Belgium tonight.

There's clearly quality there, let's hope he kicks on & proves himself 🙌🏼pic.twitter.com/x0s8k9dtIL

It outlined the natural talent that the Celtic man possesses as he looks to potentially return to Parkhead and play a more prominent role – his Hoops game-time so far amounts to three appearances totalling 40 minutes.

These Hoops supporters on Twitter have been reacting to Shved’s goal, with differing opinions on what the future holds for him.

We need to get this lad settled when he comes back and get him firing! Be criminal to just wash our hands of him🤷🏼‍♂️
But we don’t know what he’s like behind the scenes I suppose🍀

Lennon will be gone by the time he comes back so maybe he will get a chance.

Dont know why he doesn't get a game

When we are missing Forrest and width in the team Shved could have been an ideal asset to the team…. it’s a shame he couldn’t settle and struggled with the language….

It is Shved's (personal behaviour) that is the problem…always has been.🍀

Have you seen their managers comments on him? He’s clearly not gonna make it at Celtic.

Give him a chance he is exactly what we need on the right.

Does Marian Shved have a future at Celtic? 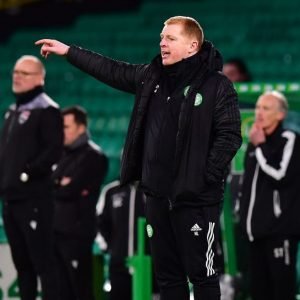 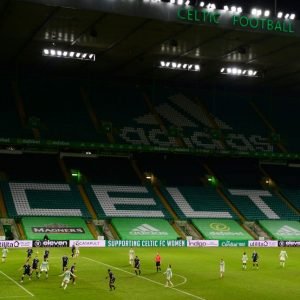