Celtic failed to win in the Scottish Premiership for the second time in five days after being held to a 0-0 draw with Livingston on Saturday afternoon.

And many Hoops fans were once again happy to hit out at Tom Rogic on social media.

Several supporters weren’t pleased with the Australian on Monday during the 1-1 draw with Hibs, however, the 28-year-old kept his place at Parkhead.

Gavin Strachan once again took the side, with Anthony Ralston and Nir Bitton coming in for Cameron Harper and Stephen Welsh.

Rogic was deployed in a centre-forward role but was the worst-rated starter in green and white, as per WhoScored.

Rogic made just 10 passes all afternoon and didn’t muster a single shot on goal, ending, at the time of writing, with a rating of 6.16/10. [WhoScored]

This is what these fans had to say regarding the player’s performance, with one even labelling Rogic’s display as ‘disgraceful’.

Twitter: @Celtic_HQ1 Absolutely. Rogic as a senior player was disgraceful. No effort from him. (@Football19671)

Twitter: Rogic as centre forward has got me beat. He can’t even head the ball and has no pace (@nowwelshtim)

Twitter: I have loved Tom Rogic for years. Some of his goals have been exquisite and vital. If that was is last game I woul… https://t.co/PyT7erOsI8 (@Martinmc1967)

Would you sell Rogic in the summer? 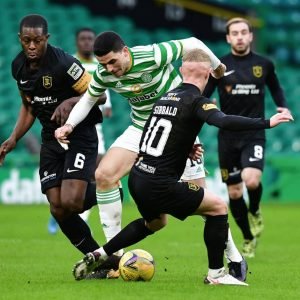 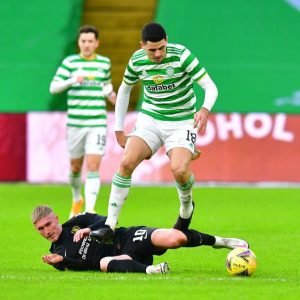 Twitter: Who ever decided today to play Tom Rogic as a Centre Forward should never cross the door at Celtic Park again
#SheerMadness (@CollectCelticFC)