Jordan White’s 71st-minute header proved to be the difference between the two sides, and many Hoops fans weren’t happy with Diego Laxalt, who was actually marking White from the free-kick.

Laxalt came on for the injured Greg Taylor early on for his 21st appearance of the current campaign.

The South American was actually Celtic’s best-rated performer against The Staggies, though, as per WhoScored.

He ended with a 7.02/10 match rating – the highest of any Hoops player. Laxalt completed three key passes and made three interceptions, while also completing four successful dribbles.

Celtic are thought to be keen on a permanent deal for the Uruguayan, however, the Hoops have actually lost eight games in where the 28-year-old has featured.

These Hoops supporters weren’t impressed with Laxalt’s performance, though, with one describing the left-back as ‘horrendous’.

Twitter: I think I can confirm that laxalt is one of the worst players to ever play for Celtic. Never seen a player so poor… https://t.co/1IwyhgZS5N (@BhoysAnalytics)

Twitter: @BhoysAnalytics Can’t believe there was talk yesterday of signing him on a permanent deal. No wonder Milan were hap… https://t.co/apA24LhOp2 (@FelixNicaldo)

Twitter: Diego Laxalt one of the worst left backs I’ve ever seen in a Celtic jersey. (@PaulGarvin8)

Twitter: Laxalt is so much worse than Taylor and it’s been obvious for a while (@PaulMcG1994)

Do you want Laxalt to make his loan move permanent? 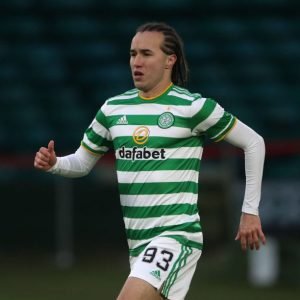 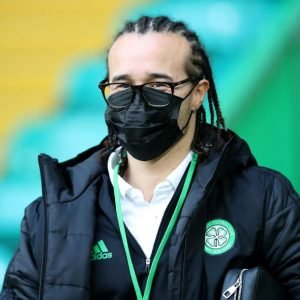 Twitter: The amount of fouls Laxalt gives away is criminal. (@GaryC88)