Many Celtic fans have been reacting to a report on former Bournemouth boss Eddie Howe in regards to the vacant managerial post at Celtic.

According to Football Insider, Howe, who has been out of work since August, is interested in the available Parkhead position.

The report claims that Celtic have made contact with the 43-year-old to ‘assess’ his feelings towards becoming Neil Lennon’s permanent successor. Howe is keeping his options open, though, with a potential position at Crystal Palace to take over from Roy Hodgson also interesting the Englishman.

Howe spent just under eight years during his second stint as Cherries boss, earning three promotions in just six seasons to guide the club to the Premier League for the first time in their history.

The post received plenty of interaction, with these Hoops supporters giving their thoughts to the news. One fan described the update as ‘interesting’.

Twitter: Not to do my best rio Ferdinand impression but stick contract on the table, let him put whatever numbers he wants o… https://t.co/CVX46XKeux (@ReissFerguson)

Twitter: @celticbible do a Brendan come in do the trebles & boost your profile for a better premier league slot (@EddieHa35418086)

Twitter: If it’s possible then get it done @CelticFC https://t.co/NLz9PGkUeo (@MarkDevlin93)

Twitter: Surely Celtic throw every penny they can afford towards making this the appointment?

Is Howe your first choice to replace Lennon? 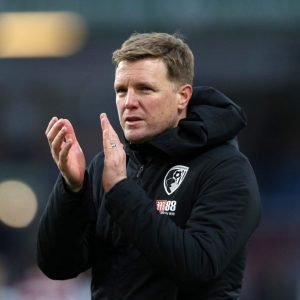 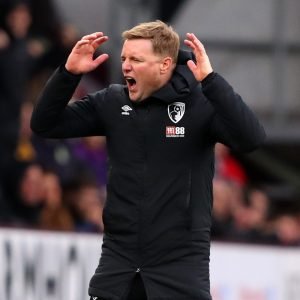 Twitter: @celticbible @DBestseventy2 If that’s the case, give him a deadline. If it passes, then we move on. (@CrabbitCabbie)