Plenty of Celtic fans have been giving their views on a dramatic update regarding Odsonne Edouard‘s future on social media.

According to an exclusive report from the Daily Mail, Edouard is keen to move to the King Power Stadium to link up with former Hoops boss Brendan Rodgers.

The Daily Mail‘s story claims that a £15m fee is close to being agreed between the two sides ahead of the summer window.

Rodgers, who sees Edouard as a long-term replacement for Jamie Vardy, was the man to bring Edouard to Parkhead back in 2017 on loan.

The deal turned permanent a year later for £9.27m, with the striker scoring 81 goals in 160 appearances for the club during his stint in Glasgow.

The Daily Mail‘s report, as expected, made its way across social media through various outlets.

This is what these Hoops supporters had to say regarding the update, with one describing the club’s failure to tie the striker down to a new deal as ‘criminal’.

Twitter: Lawwell leaving us with no transfer budget for next season by the looks of it. https://t.co/eK11B67jCD (@KierenLaverty)

Twitter: @aboutceltic @MailSport Celtics main priority in june/July was to tie Eddie down for another 2 years!! Criminal let… https://t.co/ZqptIMoB9W (@CiaranShevlin)

Do you think Edouard will leave for under £20m? 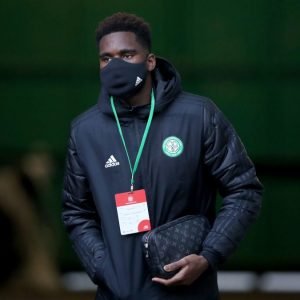 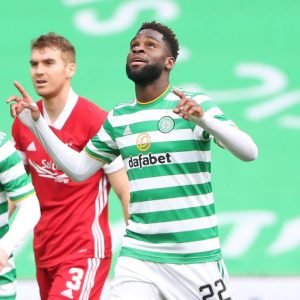