Pundit and ex-Celtic and Arsenal striker Charlie Nicholas has expressed deep concerns over Celtic’s principal stakeholder Dermot Desmond and his lack of willingness to show “urgency” in the Bhoys’ ongoing search for a new manager.

The Daily Record notes that Roy Keane and Eddie Howe are heavy favourites for the Parkhead job – but Nicholas fears time is running out already for an appointment to have a major impact.

It has already been confirmed that rugby executive Dominic McKay will replace Peter Lawwell as the club’s chief executive, with the club also looking to recruit a Director of Football in part to boost the success of club’s transfer activities.

The 59-year-old wrote in his Expresss column [via the Daily Record] as he lambasted the executive:

“I challenged Dermot Desmond recently to provide updates on what is happening at Celtic. Last week, in typical Dermot fashion, he made a statement but said precisely nothing!

“There’s a reason he is a non-executive director – he doesn’t have to explain himself. He just speaks to those he can influence.

“But he no longer controls the media or even his club’s fans.

“Ex-director Brian Dempsey also recently asked questions about Desmond and the club. But we are all still twiddling our thumbs wondering who the new manager will be.

“Is it going to be Roy Keane, Eddie Howe or maybe John Kennedy?

“Desmond received praise when the Hoops appointed Martin O’Neill and then Brendan Rodgers.

“But I don’t see that same urgency now, even though Celtic are hugely vulnerable.

“I maintain Dermot – no matter what he claims – has lost his enthusiasm for Celtic.

“Even if he were to deliver someone like Keane next week, there is still a mountain of work to be done.

“That is why the fans are rightly pleading for answers… and hope.”

Inaction is an action by itself, and Celtic’s drawn-out recruitment of senior staff is understandably a cause for concern.

Does Desmond care about the club? 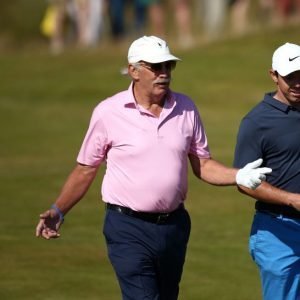 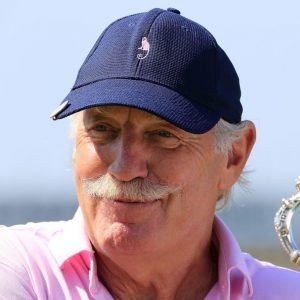 Appointing a manager and a Director of Football on a long-term basis could form the nucleus of a wider rebuilding job – and Nicholas’ concerns may echo those of many Celtic fans.

Were the two roles to be filled imminently, there would be no reason for co-ordination between the two offices more or less from day one. That would go a long way in laying the groundwork for a bounce-back season.