Former Celtic player and manager Davie Hay as spoken out on the need for Celtic to end a miserable campaign that has seen them outclassed by arch-rivals Rangers in style – by lifting the Scottish cup.

Hay claims that ending a season without any silverware to show for it borders into the realms of the unthinkable for Celtic and has iterated the paramountcy of walking away from the season in the summer with at least one worthy accomplishment.

Speaking to CQN, the ex-Celtic man offered a nostalgic, candid look at just what silverware can mean for Celtic:

“The Scottish Cup may be seen as many as a consolation prize, but it is important my old club do not fall into the trap of accepting the also-rans tag.

“We went on an awful run of losing Cup Finals in the early seventies, including the European Cup against Feyenoord in Milan in 1970. I still shudder at the recollection of that particular game.

“It’s inexplicable how these things happen, but we were becoming perennial runners-up in silverware showdowns and there was no good reason.

“We were favourites to beat Rangers, Partick Thistle, Hibs and Dundee in successive League Cup Finals and, unbelievably, lost the lot. The fans were asking if we were getting complacent and believing we just had to turn up to be handed the trophy.

“Complacent? With Big Jock Stein about it? No chance! I can look on all four Hampden defeats these days and genuinely believe we should have triumphed all four and give the reasons, but it doesn’t matter now. It’s in the history books that we were losers and that tag does not sit well with Celtic”.

Hay then reflected on a bygone era as he reminisced about the past glories he experienced with the Hoops:

“Around that time, we also lost to Aberdeen in the Scottish Cup Final – that was around the time we beat Leeds United home and away in the European Cup semi-final – and if anyone looks at the 90 minutes of that game against the Dons it’s clear to see one of the major factors in that defeat was the refereeing from Bobby Davidson. It’s still one of the worst displays from a match official I have ever seen.

“We lost 3-1, the Dons got a penalty-kick for the ball hitting Bobby Murdoch in the midriff and the whistler ignored visual evidence where the mark was left on my old team-mate’s shirt. Bobby Lennox had a perfectly good goal disallowed and so on. We were not destined to with the silverware that afternoon.

“Once again, though, it is in black and white in the history books and folk in the future will just see the result and never know the story behind that statistic.

“With a miserable sequence like that, the players begin to wonder if there is a jinx on them. It adds to the pressure and the players must show courage. Anyone who signs on at Celtic should be equipped with that much-needed commodity.”

Hay, who won both the league and the Scottish Cup as both a player and first-team manager at Parkhead, continued: “Thankfully, I bowed out of Celtic as a winner.

“I didn’t know it at the time, but my last game for the club was in the Scottish Cup Final against Dundee United in 1974”.

Winning the Scottish cup will do little to allay the fears of Celtic fans in what is rightly depicted as a consolation amidst a thoroughly disappointing and sordid season.

Will Celtic win the Scottish Cup? 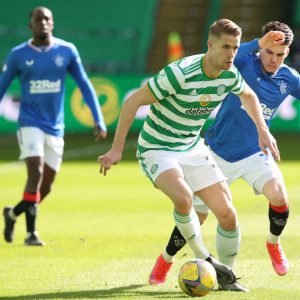 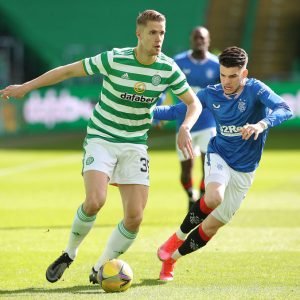 Conversely, winning the cup could have a catalytic effect, buoying spirits ahead of the fresh start of a new season and all the renewed promise of success it can bring.

Fans would do well to heed Hay’s words and relish the chance to see their club lift silverware this season, even if it does little to shrug off the overall malaise the club has endured.