Celtic fans have been treated to their first look at their club’s new home kit for next season, courtesy of Footy Headlines.

The site boasts a formidable reputation for accurately leaking the upcoming season’s kits from major clubs around the world, and Celtic are no exception.

For example, Barcelona’s kits for the 2020/21 season is just one of numerous examples of correct leaks by the source.

Consequentially, the leaked home kit (which can be found here) is almost certainly the jersey that will be donned by the Bhoys as they hope to regain the title that was usurped by Rangers this season.

Immediately, there looks to be no major departure from last season’s kit; the traditional green and white hoops remain the focus of the kit emblazoned with the same sponsors.

However, the most notable change is a return to a sleeker, purer design. The kit has seen the yellow trim that adorns this season’s collar and sleeves removed entirely, placing the traditional green and white aspects as the unfettered main colours of the kit.

This is Celtic’s second kit under a partnership with new manufacturers Adidas, in a deal reportedly worth £30 million over the next five years [via the Herald].

In opting for simplicity, the kit oozes with authenticity and panache without actually straying far from familiar territory for Celtic fans.

Would you buy this shirt? 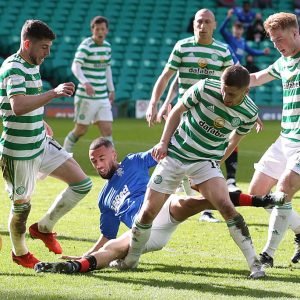 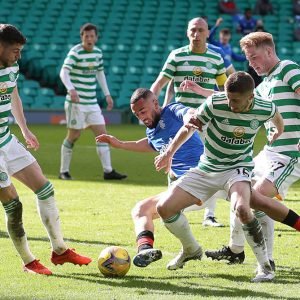 There is nothing experimental or radical about the design, yet it has the makings of a best-seller for its muted clarity and traditional resonance.

Whilst some may have clamoured for something on the avant garde side, Celtic fans could do a lot worse if this is indeed the eventual home kit.