Celtic’s search for a new manager may be coming to a close following a cryptic yet bizarre hint from a Bhoys player.

Diego Laxalt appeared to drop a less-than-subtle clue that Eddie Howe could be set to join Celtic imminently following a response to a fan-submitted question during a gaming stream.

Laxalt has looked increasingly settled at Celtic with an array of solid recent performances that have seen him touted as converting his stay in Glasgow into a permanent one.

However, Laxalt may have inadvertently served the desires of Celtic fans off the pitch as much as on it.

“Have you met Eddie Howe yet?”, asked the viewer, to which Laxalt replied “No, no, no. Eh, tomorrow, tomorrow.” [via @YoutubeCelticFC]

Based on the original video, Laxalt’s timeline means Celtic could announce the manager as early as today, or the players could at least privately meet Eddie Howe ahead of an official announcement.

Roy Keane, Jesse Marsch and Frank Lampard are just some of the popular names that have been linked with the managerial vacancy at Celtic, but Howe has remained another stand-out name since he departed from Bournemouth following their relegation from the English Premier League at the end of the 2019/20 season.

It is unclear as to whether Laxalt’s comments are merely idle chatter or whether the player truly knows something that fans do not.

Will Eddie Howe be appointed by Celtic? 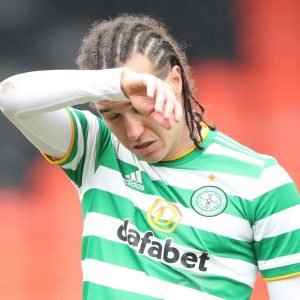 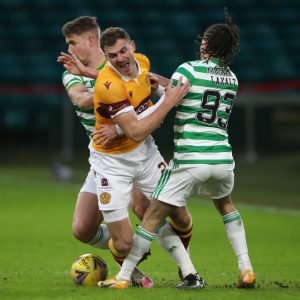 After all, the Uruguayan looks to be deeply focused on the game and may have idly remarked his statement without fully processing the question he had been asked.

Regardless, his comments are sure to fan the flames of rampant fan speculation as Celtic fans eagerly await the appointment that they hope will enable Celtic to resume their dominance at the apex of Scottish football.