Celtic’s talismanic French striker Odsonne Edouard was the subject of fiery criticism from fans following a performance in which he looked cursed in front of goal.

Celtic’s acrimonious exit from the Scottish Cup – at the hands of arch-rivals Rangers, no less – was guaranteed in part by multiple missed chances by Edouard.

The 23-year-old marksman even saw a late penalty saved by Allan McGregor in a moment that was emblematic of the France youth international’s wider performance.

90Min issued Edouard with a rating of just 5/10 for his Old Firm display, noting how he missed not one but two gilt-edged opportunities to give his team a fighting chance.

It is a far cry from the Edouard who, overall, has averaged a 7.31 WhoScored rating this season – placing Edouard as one of Celtic’s bright sparks in what has otherwise been a season to forget.

However, one club tweet went viral – for all the wrong reasons.

A live match feed reporting events as they unfolded on Twitter covered one of many of Edouard’s missed chances, and whilst the tweet did not garner a significant number of likes or retweets it did see a backlog of furious fan comments.

The heightened frustrations felt by fans still ring fresh in the comments, with one fan even amusingly labelling the Bhoys’ hitman as ‘Fraudsonne’ in a spitefully clever pun.

Twitter: @CelticFC @Moielyo @Oedouard22 Get him off, clearly doesn’t want to play for the badge (@ElaxOfficialG)

Twitter: @CelticFC @Moielyo @Oedouard22 Starting to wonder if these players are deliberately trying to get beat. What other… https://t.co/u6u7RrGKpg (@johnboybeattie)

Is Edouard to blame for the defeat? 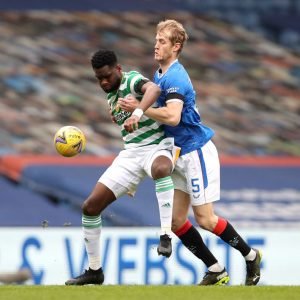 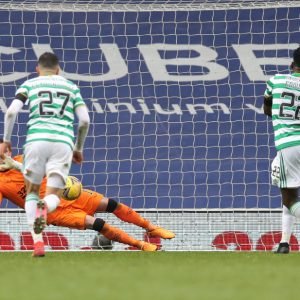