Former Scotland boss Alex McLeish has backed John Kennedy to have the chance to land the Celtic managerial position on a permanent basis – on one condition.

Speaking to Football Insider, the tactician claimed that Kennedy could secure the post if he wins over the dressing room.

The influence of the players could be factored into the board’s consideration, which could ultimately place Kennedy at the heart of the race for the Celtic job.

“I always believed that the go-to guys for these kinds of decisions is the players,” McLeish told Football Insider.

“John has got a good reputation. A friend of mine up in Glasgow is very pally with him and he thinks that John could definitely step up. John’s got to be believing that as well.

“If the players were really vociferous in terms of saying: ‘John’s been superb…’ They have been very, very supportive of the interim manager.

McLeish did add a note of caution to his claims, adding that Kennedy may lack the experience the board desires:

“I think that Celtic will be looking for more experience in a coach than John has at this moment. Although, he has been in and around the first team for donkey’s years.

“I believe that the Celtic fans will be looking for the announcement of a big name.”

Roy Keane is believed to be back in the frame for the job, and even the freshly sacked Jose Mourinho has been linked with a switch to Parkhead.

Should Kennedy land the job permanently? 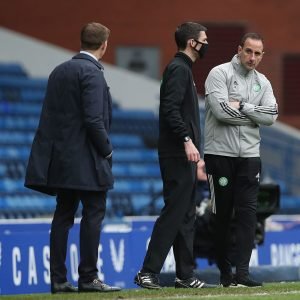 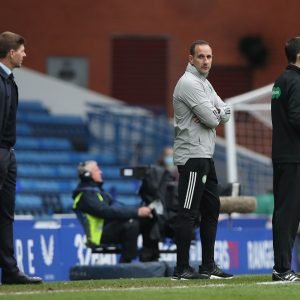 Running concurrently to these claims, Eddie Howe appears to have stalled on Celtic despite a verbal agreement being in place.

Given the vociferousness of recent links, it seems the board have yet to seriously consider Kennedy – implying a notable appointment still remains the priority for Celtic.