Former Celtic marksman Frank McAvennie has issued a damning verdict on the Celtic squad, claiming that the appointment of Roy Keane would see the squad gutted.

As doubts continue to swirl over the enthusiasm of top managerial target Eddie Howe for the manager role, reports by Football Insider have recently claimed that the Irish ex-Sunderland and Ipswich boss could make a return to management.

Keane had held talks with the Celtic board after being interviewed for the role in March, but it was previously reported that Howe reached a verbal agreement with Celtic – with Howe looking set for the hotseat at Parkhead.

Fast-forward to the end of April and John Kennedy still retains his spot as interim manager, with the managerial saga looking no closer to finding its conclusion.

Speaking to Football Insider, McAvennie claimed that were Keane to find himself appointed then the squad would need an overhaul.

Citing his fiery temperament and no-nonsense attitude, McAvennie claimed new recruits that could handle his approach would need to arrive:

“If Roy Keane comes into Celtic, he will bring in the kind of player who can deal with his approach,” McAvennie claimed.

“The Celtic players at the moment, they can’t handle that, they’re soft. Your manager should be able to criticise you if you do something wrong.

“Your gaffer should be shouting things like ‘what are you doing?’ and if they can’t handle that they go and cry to their mum.

“Sometimes Keane’s temper can get the better of him but what’s he supposed to do if one of his players has a terrible first half? It’s part of football.”

Is Keane now the most likely candidate? 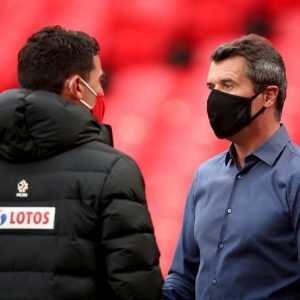 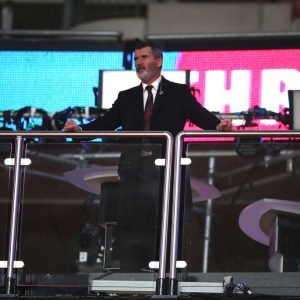 With Celtic in need of a rethink and signs of a restructuring job emerging behind the scenes in order to match the success of Rangers this season, there may be no better time to overhaul the squad at such a pivotal moment in the club’s recent history.

That could suit a hypothetical Keane reign down to the ground: flexibility to reshape the squad partially in his image could marry up with the core aims of the club next season.