St Johnstone’s dumping of Rangers out of the Scottish Cup produced more than just a sensational cup-set.

One Celtic fan lucky enough to feature on the pitch – Saints defender Shaun Rooney – was left with the last laugh as his side confined Rangers to just one trophy this season.

Rangers surely believed that their 117th-minute goal from skipper James Tavernier would be enough to seal progression in a fairly unconvincing display, but Christopher Kane’s last-gasp strike in injury time secured a deadlock after 120 minutes.

The Saints were the eventual winners of the subsequent spot-kick shootout, winning 4-2 on penalties.

St Johnstone now have the potential for a domestic cup double this season, but Shaun Rooney was already left celebrating.

A boyhood Celtic fan, the Saints man took to Instagram to add insult to injury against Rangers as he posted a selfie marked by a beaming smile across his face.

Raising a pint, he captioned the selfie ‘drinking they tears’ with regards to Rangers’ cup misfortunes, accompanied by a green heart that left little doubt as to Rooney’s Celtic allegiances.

The photo, which has since attracted over 2000 likes in a re-shared Twitter post from Celtic fan @paul_bhoy1888, has gone viral among the Celtic faithful.

Is Rooney right to celebrate? 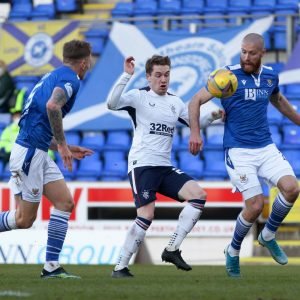 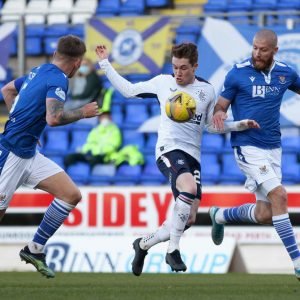 Once a Bhoy, always a Bhoy.

Celtic fans will take a hint of satisfaction in Rangers’ last-gasp capitulation, and Rooney’s loyalties affirm that even seasoned professionals will not let the extent of the rivalry between the Old Firm sides fade off the pitch.