Former Celtic tactician Brendan Rodgers was confronted with his past by pundit Jamie Carragher when quizzed on his departure from Parkhead.

Rodgers has since steered Leicester firmly in the hunt for Champions League football with the Foxes now seven points clear of fifth following their 2-1 win over Crystal Palace on Monday.

When quizzed on Sky Sports [via the Scottish Sun] as to whether his decision was the right one, Rodgers commented:

“I’ve always said it was such a tough decision for me to leave Celtic because I was a Celtic supporter growing up.

“But what I couldn’t do was let my heart rule my head.

“I felt that I needed the next challenge. Celtic is a huge institution in the game and I loved every second there.

“But I felt coming back to a club like Leicester, my challenge here was could we disrupt the top six?

“We knew financially that we couldn’t compete but I knew economically the club was very well run. And could we set a team out to perform well on the field that would be competitive?

“Gradually we’ve created an identity and a mentality and are looking to challenge. That’s something that I’ve enjoyed every minute of since I’ve been here.”

Carragher then poured praise upon Rodgers:

“I think he’s the best British manager, I really do. I’ve believed that now for a couple of seasons.

“You’re always wary. Are they ready? And I think you could put that to Brendan, in terms of when he got the Liverpool job.

“But right now, you think of the experiences that he’s had, starting in the lower divisions, some successes, some not. Obviously what he did at Swansea, he came really close to a title with Liverpool.

“He’s so experienced now in terms of winning trophies also at Celtic, where I think Brendan Rodgers will be confident enough in managing any group of players. And I mean that in European football.

“I don’t think he’d have any qualms with going on a training pitch and really believing in what he’s doing because of the experiences he’s had.

“And I actually think it’s gone under the radar what he’s done at Leicester – it’s phenomenal the job he’s done.”

Fans will surely be grateful for Rodgers’ impact at Celtic, but Rodgers held nothing back in making it seem as though he had outgrown the club.

Was Rodgers justified in leaving Celtic? 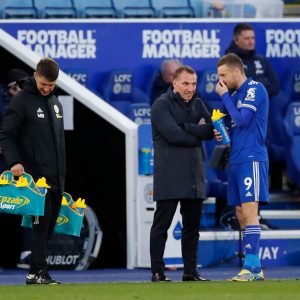 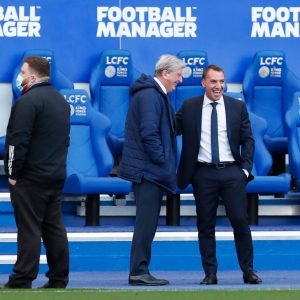 With an FA Cup final around the corner for the Foxes, he has certainly shown his managerial acumen – and Rodgers’ support of the club will likely mean he has one eye on the club’s progress.

Looking back in resentment for his decision is understandable, but both parties have had ample time to move on.