Chris Sutton expressed in no certain terms his disgust at the arson attack on the home of Celtic chief executive Peter Lawwell.

The outgoing executive’s home was subject to a barbaric arson attack on his property in the early hours of yesterday morning.

A suspect, believed to be around 5ft 10in and of slim build, was spotted on CCTV at approximately 1am pouring accelerant onto cars parked nearby Lawwell’s home with the incident being treated as deliberate by the authorities.

Celtic said Lawwell and his family are “extremely shaken and shocked” by the blaze, which caused “significant damage” – though fortunately nobody was injured in the blaze.

Chris Sutton has claimed the incident could have wider implications for Celtic, indicating it may put potential new signings and managerial candidates off from making the move to Glasgow.

“Would the terrible thing that happened to Peter put off someone coming up here?

“That would be for the individual to decide for himself. When I came up in 2000, I was aware of the rivalry to an extent and for the most part in the five-and-a-half years I was there, I enjoyed the back and forth between the fans. But there were always moments when people overstepped the mark.

“Over the piece, it is a brilliant city and you’re hoping that incidents like this don’t dissuade top managers and top players to come up to Scotland.”

Sutton then focused on the impact the incident could have on Glasgow’s wider reputation:

“But the image this is portraying is not good. I’ve had friends down south texting me this morning about the attack on Peter Lawwell’s house saying, ‘what on earth is going on up there?’

“This is the work of a couple of idiots, probably. And it’s not about the club they support – it’s about personal responsibility.

“I just don’t understand what goes through somebody’s mind to do that.

“How would they feel if their own families were subjected to such a terrifying ordeal? They’d be outraged.

“Thankfully, nobody was hurt but the consequences of the action taken by whoever carried out this attack could have been horrific. It’s bad enough with the damage to vehicles and the residence, as well as the trauma to the people inside the house.

“He’s had to put up with a lot over the years but this is just a different level of unacceptability. It’s just wrong and I hope he and his family are alright.”

Detective Inspector Susie Cairns has urged anyone in the area of the blaze around 1am and/or with relevant dashcam footage to get in touch with the relevant authorities.

At a human level, a rolling list of adjectives could not do justice to the terror-inducing savagery of the incident.

The motives of the arsonist involved are not clear, though that should not detract from the gravitas of the incident.

Will the incident scare off potential incomings? 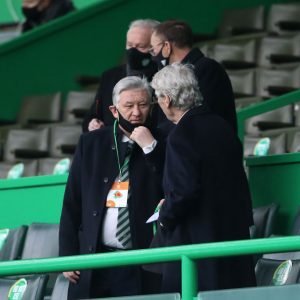 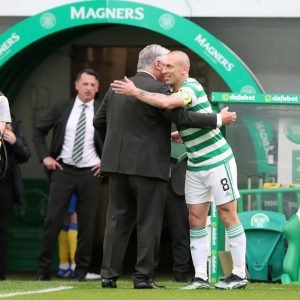 Any potential incoming appointments and players would be more than aware of the fierce footballing rivalry in Glasgow and their historic underpinnings.

Sutton is certainly not unjustified in his claim that such incidents could prove to be off-putting; at least in the short term, safety considerations could stick fresh in the mind as a repellent against a move to Celtic.