Frank McAvennie has suggested that Celtic already have a ready-made replacement for Aberdeen-bound club captain Scott Brown in David Turnbull.

The ex-Motherwell workhorse, who recently received his maiden Scotland call-up ahead of Euro 2020, was one high-profile summer arrival at Parkhead.

This season, he has mustered 7 goals and 5 assists in the Premiership, with the ever-present enforcer starting in 71% of league games and with 31 appearances to his name.

Despite a poor season for Celtic that saw them miss out by some margin on the league title, Turnbull was a stand-out stalwart for the Bhoys.

He was honoured with PFA Scotland’s coveted Young Player of the Year award and consequentially, McAvennie feels that Turnbull reminds of a young Broony:

“There is no one else in that squad who is anything like him. I’ve got a feeling that Turnbull could be it.

“I see a lot of similarities between him and Turnbull, compared to when Scott first came in.

“He wanted to get forward and score goals, he was energetic. Then he had to change his style of play.

“I look at Turnbull, I can see him getting annoyed by things. In the longer term, he could turn into someone who can hold that midfield.

“He’s a wonderful talent and no one can actually replace Scott Brown. But if anyone at the club could fill that role on the pitch and in the changing room, it’s him.”

Turnbull bears the hallmarks of a player that could be on the up at Parkhead.

Young, energetic and with box-to-box attributes, his tenacity offers a vital component to the beating heart of the Celtic midfield. 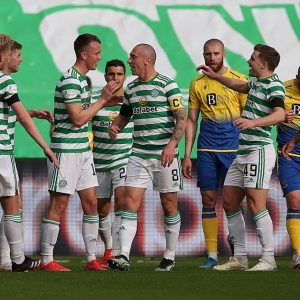 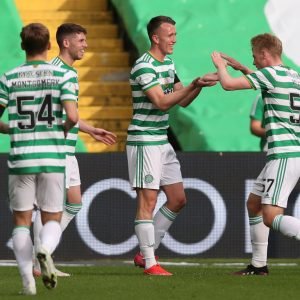 With over 2000 minutes to his name this season, Turnbull could be the trusted bedrock of Celtic’s core for years to come.