Ex-Rangers man Alan Hutton endorsed a potential move by Celtic for Kevin Nisbet following claims that the striker has been offered to the club.

Last week, The Scottish Sun claimed that Eddie Howe has received communications from the club that Nisbet could be a potential signing.

The 24-year-old Hibernian hitman has been enjoying an indomitable spell of form this season that has seen him score 18 goals and notch up a further 8 assists to his name for Hibs.

Amid claims he has been offered to top managerial target Howe, Hutton believes that Nisbet would represent a shrewd acquisition by the club with the potential to replace Odsonne Edouard.

Talismanic forward Edouard has reportedly expressed his desire to leave the club in the summer in the latest sure-fire sign that Celtic will be looking to cash in on the young French striker.

“Nisbet has had a fantastic season. Obviously going to Celtic is a bit different, it’s a step up.

“You have to perform week in week out and you will be judged on your performances and goals.

“He’s proved himself within the league, he’ll be an excellent addition. You just wonder who is doing the transfers at the moment.

“Is he an Eddie Howe transfer? Is he a hierarchy transfer? What if Howe comes in and doesn’t really fancy Nisbet?

“Overall, he’s had a fantastic season at Hibs and he’s got great ability. All the fundamentals you want in a striker.

“It’s good thinking to get a proven striker in when we don’t know what’s happening with Edouard.”

If Celtic need a proven talent to replace Edouard in the event of a sale, the club would do well to look no further than to Hibs. 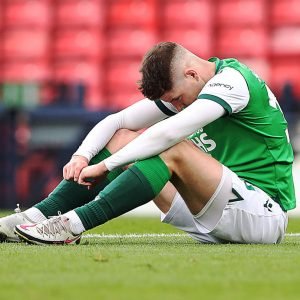 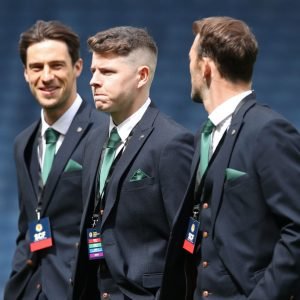 The Glasgow-born poacher has been ever-present in Hibernian’s campaign this season accounting for involvement in 36% of all of his side’s Premiership goals.

With three years left to run and an established status as a proven Premiership scorer, Celtic will likely have to strike a deal on Hibernian’s terms if they are serious in their interest in Nisbet.