Scotland captain and Liverpool left-back Andrew Robertson has opened up on his dream to feature for Celtic at some point in his career.

The 27-year-old spent time in the Bhoys’ academy but was released and enjoyed a humble start to his career with the likes of Queens Park and Dundee United.

Celtic may be rueing the loss of one of the Premier League’s most notable left-backs once hailed as a ‘complete player’ by Fabio Aurelio, who has gone on to lift the Premier League and Champions League with Jurgen Klopp’s side.

However, Robertson has talked up the prospect of one day plying his trade back in Glasgow – though he would want to feel in his prime years to do so.

“I would love to play for Celtic. When I was a young boy growing up I used to say I’d give my best years to Celtic so I don’t want to go there when I’m old and maybe can’t move as much.

“The time will come to make that decision but I have a good length of time left on my Liverpool contract. I hope to stay and retire at the club and if I keep going and I feel fit and healthy I’d love to do that.”

However, Robertson iterated that he has no desire to play for his boyhood club for the sake of it; he would want to meaningfully contribute:

“But if not I’d look at options and I’d love to pull on the Celtic shirt, of course I would. But I don’t want to be an old fart when I go there. I want to still be able to play well. I don’t want my mates hating on me!”

Robertson returning to feature at a senior level for the Bhoys could be a dream come true for Celtic fans, given the pedigree of the full-back.

However, Robertson will be in no rush to hurry along a Liverpool exit at present.

Will Robertson one day return to Celtic? 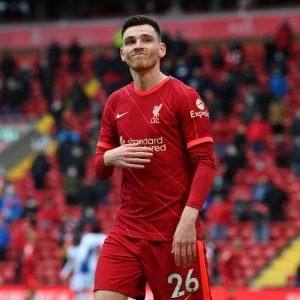 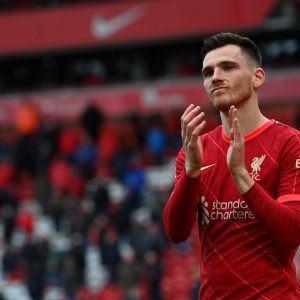 Having secured another season of Champions League football despite a torrid title defence, Robertson’s eyes will be firmly set on next season in England and, more immediately, with leading Scotland at the Euros.

Still, the Celtic faithful will dream along with Robertson himself with the door firmly ajar in favour of a one-day return.