Danish winger Philip Zinckernagel has issued some contentious claims on Celtic after opening up on the Bhoys’ January interest in his services.

Joining now-promoted EFL Championship side Watford in the January transfer window, the attacker had previously stated that Celtic were another team vying for his signature.

However, a Parkhead move from Norwegian side Bodo/Glimt never materialised and the 26-year-old found himself at Vicarage Road.

With 35 goals and 36 assists in 89 appearances, Zinckernagel produced consistently devastating performances that unsurprisingly caught the eye of multiple suitors.

However, as quoted by The Glasgow Times, he issued some disparaging claims on Celtic in a recent Q&A session with supporters:

“We never got close to signing any deal with Celtic. But there was a lot of talking and a lot of interest, so it was something that I had to consider, for sure.

“There were a few Championship clubs interested as well, but nothing that attracted me as much as Watford did. Watford were a much bigger club and it was an easy decision in the end.”

Fans should not take his claims with a pinch of salt – under contract at Vicarage Road and therefore under the scrutiny of Watford fans exacerbates a need for him to assert his move was the right one.

From Zinckernagel’s perspective, looking glowingly to Glasgow would be a public relation faux pas with both his current employers and the fans of the Hertfordshire side. In that view, downplaying Celtic is a tactical choice.

Did the club miss out on Zinckernagel? 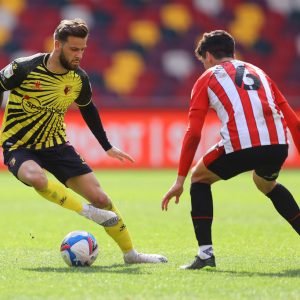 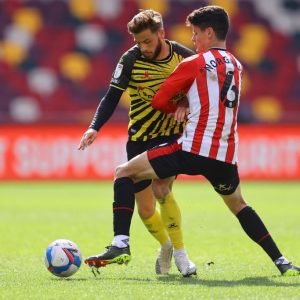 With just one goal and 5 assists in 20 Championship appearances, Celtic fans should equally see his productivity in front of goal as underwhelming.

Consequentially, Zinckernagel’s choice is of no deleterious loss to the club.