With Celtic defender Kristoffer Ajer agitating for a Parkhead exit, Alan Hutton believes Celtic are uniquely placed to ‘soften the blow’ of his departure.

Premier League outfit Newcastle United are reportedly keen on procuring Ajer’s services, with the Daily Mail claiming in May that the Magpies were mulling over making an £8 million move.

Separately, Football Insider reports have claimed that Newcastle shot-stopper Freddie Woodman, who spent the 2020/21 season on loan at Swansea City, is being considered by Celtic.

The source understands that Celtic have enquired over the availability of the 24-year-old English goalkeeper during discussions with Newcastle over signing Ajer.

Entering the final 12 months of his Celtic contract, the Norwegian centre-back has publicly indicated how he feels now is the best time to move on from Celtic.

Speaking to Football Insider, ex-Rangers defender Alan Hutton agrees – believing a deal is there to be done:

“We know he’s desperate to leave. It’s an opportunity to go and play in the Premier League.

“You would like to think there’s a deal to be done that can help both sides. Celtic will want money as well.

“If a deal for Woodman could be arranged it would soften the blow for everyone.”

From a financial standpoint, cashing in on such a mainstay rather than risking losing Ajer on a free transfer is sensible. 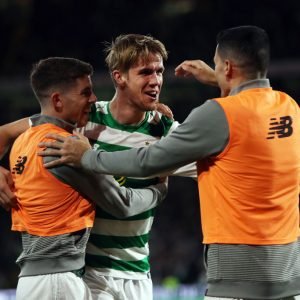 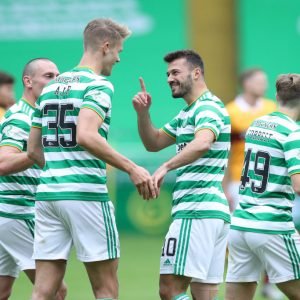 With the player casting one eye on fresh pastures, a failure to raise funds through a summer sale could cause a contentious move-forcing saga to develop.

Given Celtic’s interest in Woodman, Hutton is certainly justified from a negotiation standpoint. The role of Ajer could prove to be ideal in offering leverage to Celtic chiefs at the negotiating table, allowing Celtic to strengthen in a key position in a cost-effective way.