The 31-year-old Leeds defender sees his contract expire at the end of this month, following a spell on loan at EFL Championship side Blackburn Rovers for the 2020/21 campaign.

The Lancashire Telegraph report that both Glaswegian clubs are keen on procuring Douglas’ services, but the Scot could also make a return to Blackburn on a permanent basis.

However, in the event of a competition between Celtic and Rangers, Agbonlahor has backed Rangers to come out on top.

Douglas is a boyhood Rangers fan and, according to Football Insider, grew up five minutes away from Ibrox – a factor Agbonlahor feels would be decisive in any final decision.

“He’d probably go for less money to Rangers rather than join Celtic, as a Rangers fan,” Agbonlahor told Football Insider.

“They’re very strong with their support, Rangers and Celtic fans. As a player when you support a team, you want to play for that team.

“I can see him going to Rangers and it would be a great signing because he’s a very good footballer.”

A free transfer for the former Scotland international could prove to be a shrewd piece of business given that wing-back Diego Laxalt looks set to return to parent club A.C. Milan.

With 21 assists and 5 goals in 110 Championship outings, the left-back could add experience and an offensive thrust to Celtic’s back line. 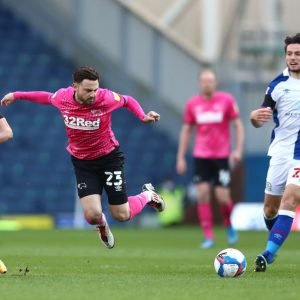 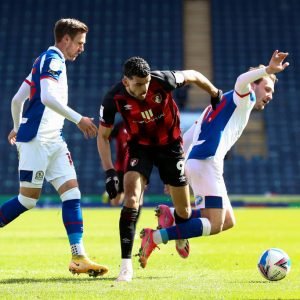 Featuring in 69% of Blackburn starting line-ups this season, he has proven to be a robust and dependable option in Tony Mowbray’s side and would provide ample cover to fill the gap left by a potential Laxalt return.