Celtic could be on the verge of completing their first major summer transfer deal following a positive update from journalist Scott Wilson of The Northern Echo.

Taking to Twitter to share a transfer update, the writer claimed that Sunderland striker Charlie Wyke is all but certain to be leaving the Stadium of Light as a free agent.

Moreover, Wilson confirmed that Celtic are ‘increasingly confident’ of completing a deal for the striker, though three EFL Championship sides – Cardiff City, Nottingham Forest and Millwall – are also in the hunt for Wyke’s services.

Wyke has found himself in an indomitable patch of form for the Black Cats, scoring 25 goals and adding 4 assists in 42 League One appearances.

Celtic have reportedly held initial talks with Wyke’s entourage in the summer and are now in a position to table a formal contract proposal to the marksman.

With uncertainty surrounding a number of key forward options at Parkhead, Wyke is said to be an attractive cut-price option to ‘remould’ the Bhoys’ attack.

With Odsonne Edouard heavily linked with a Brendan Rodgers reunion at Leicester City, replacing the talismanic Frenchman in a cost-effective manner is crucial.

In that view, Wyke could fit the bill; although he is much older than the 23-year-old, his prolific record on Wearside renders him as an enticing potential option.

Would Wyke be a good signing? 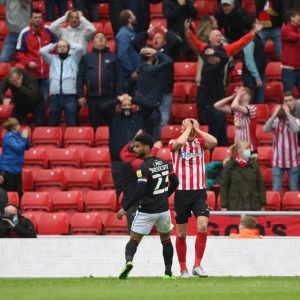 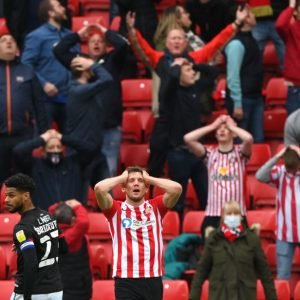 With other options in Leigh Griffiths and Mo Elyounoussi also facing the exit door, Celtic will likely need to recruit multiple offensive options.

As far as free agents this summer go, Wyke represents a sensible gamble assuming he is up to the rigours of the Premiership.