Scotland take on historic rivals England at Wembley tonight in a much-anticipated clash, with Steve Clarke’s side needing at least a point to keep their progression hopes alive.

Forrest has found himself largely uninvolved in Scotland’s campaign thus far, consigned to the bench for much of the game against the Czech Republic.

Despite some positive attacking play, Scotland could not find a goal against the Czechs with Forrest’s introduction with eleven minutes to go failing to make a difference.

In a video posted to the BT Sport Twitter account, ex-Rangers man McCoist endorsed the 29-year-old Celtic winger to start in a shake-up of Scotland’s offensive line.

Sutton added that he feels that Forrest can be a ‘ball carrier’, linking up well between deeper lines in transitional phases of play.

Consequentially, the 38-cap Scotland international is seen as offering something different to existing options.

Scotland are not expected to dominate possession, meaning digging in deep and creating fast breaks could form the cornerstone of Scotland’s tactical configurations.

However, Forrest has hardly been a mainstay of Celtic this season, with just 9 Premiership appearances and 2 goals to his name.

Should Forrest feature against England? 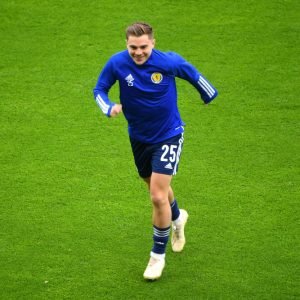 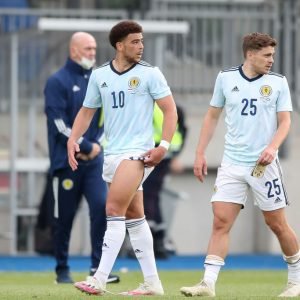 Typically operating on the right side of a midfield, Forrest also finds his natural position of out sync with the 3-5-2 system deployed against the Czechs.

It may be that Forrest would have to come in as a makeshift right wing-back against England – a relatively untested position for the 29-year-old.