Leicester City have joined a host of clubs across Europe in showing an interest in Scotland and Celtic star Ryan Christie, according to the Daily Mail.

The home-grown winger is out of contract in January and previously worked with Leicester manager Brendan Rodgers during the Northern Irishman’s spell in Paradise.

However, a separate Tweet from Celtic fan page Everything Celtic (@aboutceltic) has rounded up a fuller list of suitors, courtesy of a report from the Sunday Post.

Ligue 1 sides AS Monaco and OGC Nice have reportedly joined the race for the versatile Celtic attacker, with a backlog of Premier League suitors in Southampton, Burnley and newly promoted Norwich City all supposedly interested.

The 26-year-old, currently valued at £6.3 million by Transfermarkt, is a 20-cap Scotland international and is currently with the national team for Euro 2020 as Scotland bids to secure a spot in the knockout stages.

Scoring 40 goals and adding 41 assists since his Inverness move, Christie’s long-term record is an attractive one.

Will Celtic cash in on Christie? 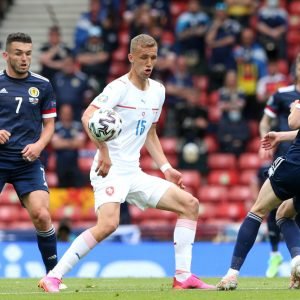 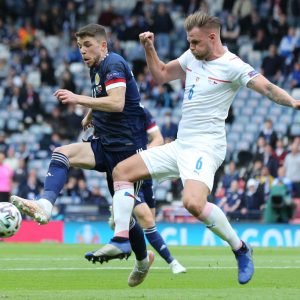 In that sense, his contractual situation and his indomitable record in front of goal creates a natural maelstrom of conditions to ignite wide-spanning interest in his services.

With such little time left on his deal, Celtic will surely be keen to cash in on Christie’s services.