Griffiths recently confirmed that he has held positive talks with new Celtic boss Ange Postecoglou with an increasing expectation on Griffiths’ part that his Parkhead stay will be extended.

His previous four-year deal emerged to be a three-year one with the optional years’ extension built in.

However, he remains out of contract in July and there is no concrete suggestion an option in his deal will be imminently activated by the club.

Griffiths is still on course for free agency at present, though Postecoglou certainly appears receptive.

Leigh Griffiths was noted on BBC Sport Scotland’s Euros Breakfast Show by former boss Neil Lennon as being woefully unfit after pre-season and struggling with fitness issues for some time – something Griffiths has refuted.

He suffered the ignominy of missing out on Scotland’s Euros squad, with Lennon claiming he has a ‘hell of a lot to do’ to maintain himself at the highest level of Scottish football.

As a result of such concerns over his work ethic, his Parkhead future has proved to be a contentious source of debate for Celtic fans.

Courtesy of fan blog Celtsarehere, many Celtic fans – over 3000 – took to the page’s Instagram poll and delivered a 75% verdict in favour of offering Griffiths fresh terms.

A poll of our own - does Griffiths deserve a new deal? 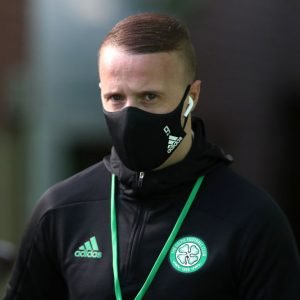 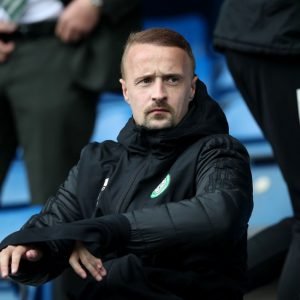 A new deal for Griffiths, even a year’s extension, could offer vital certainty with relative speediness ahead of a vital  summer of rebuilding and recruitment.

With Albian Ajeti failing to hold down a regular spot and Odsonne Edouard out of contract and likely to be sold, Griffiths could be a vital stop-gap to prevent a severe depth drought in the centre-forward role.