Rumours of Kevin Nisbet emerging as a top target for Celtic are accelerating following news from the latest reports.

As shared on Twitter by Celtic fan account Everything Celtic (@aboutceltic), reports in the Daily Mail have re-surfaced Nisbet’s name as a top target for the Bhoys.

The Scotland international was the second-highest scorer in the SPFL behind Celtic’s own hitman Odsonne Edouard, but the talismanic Hoops striker looks likely to leave the club as he enters the final 12 months of his contract.

24-year-old striker Nisbet, who features for Hibernian, is set to return to pre-season training this weekend following his Euro 2020 spell on international duty with Scotland.

Celtic will reportedly need to deal at a price point of £4 million for Hibernian to sanction an Easter Road exit for Nisbet.

That fee has been driven up by a multitude of factors, including a significant sell-on clause that would reportedly see former club Dunfermline pocketing a notable portion of any profits from a sale.

If the SPFL’s top scorer is leaving your club, targeting the second-best marksman has a degree of sense behind it.

However, previous offers elsewhere and the complicated nature of Nisbet’s value in relation to Hibernian more than justifies their willingness to hold out for their desired fee.

Nisbet still has another three years left on his Hibs deal and the club will be under no pressure to sell – but Celtic should pull out all the stops to sign him. 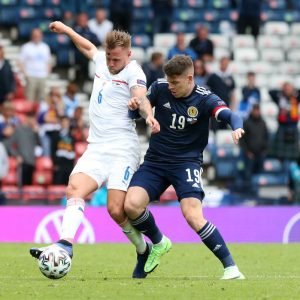 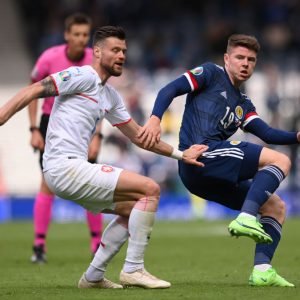 With 14 goals last season, he is a proven talent that can deliver in the SPFL – and Hibernian have a recent history in developing top Scottish talents.

Former Hibs man John McGinn joined Premier League side Aston Villa for just £3 million before seeing his value soar as he became one of the Premier League’s most notable box-to-box enforcers.