Pundit and Alloa Athletic manager Barry Ferguson has issued a mixed yet optimistic verdict on Celtic and the club’s decision to appoint Ange Postecoglou.

The manager was particularly keen to praise Postecoglou’s composed and open nature when he was unveiled at his introductory press conference, before turning his attention to his tactical emphasis on free-flowing and expansive play.

Writing in his RecordSport column, the Scottish tactician claimed of his Celtic counterpart:

“He strikes me as a straight-talking guy with a clear, single-minded approach to what he expects from his players, with an emphasis on an attacking brand of football.

“It’s no surprise that the Parkhead fans have already taken to him.

“Put it this way, Postecoglou looks like the kind of big Greek-Australian you don’t want to mess with, so I completely understand why his appointment has created excitement across the city.”

However, Ferguson intriguingly claimed that Celtic may have unwittingly handed Steven Gerrard’s Rangers the perfect impetus to shrug off any illusions of complacency.

Claiming that Postecoglou is a blessing in disguise for Celtic’s arch-rivals, Ferguson claimed:

“But, as good as he might prove to be for Celtic, I have a very strong feeling his arrival in Scotland may be even better for Rangers.

“If ever there was a moment for Steven Gerrard to send out a message to his own players and get them right back up on their toes for the battle ahead, it’s now.

“Look, winning a title is one of the hardest things to achieve in football. But even harder is to retain it.”

Given the indomitable manner in which Rangers stormed to the Scottish Premiership title last season and crushed Celtic’s 10-in-a-row dreams in the process, complacency could be an issue for Rangers.

Gerrard’s tactical acumen and the tenacity of the squad duly revitalised a Rangers team long starved of major success over their rivals.

In that view, Ferguson is right; Celtic are undergoing a revitalisation process of their own and Rangers will be doing anything but turning a blind eye to it. 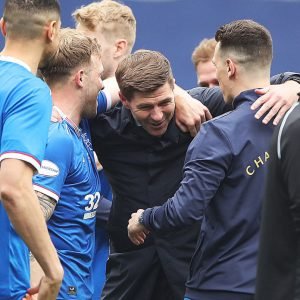 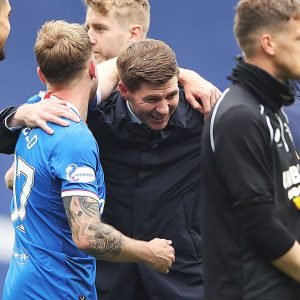 A new manager, philosophy, backroom setup and with a handful of young recruits already through the door, Celtic are clearly hard at work to turn around the club’s woes from the previous campaign.

That could spur on Rangers to guard against believing that little needs to change for success to flow at Ibrox.