Celtic have missed out on a free-scoring striker target available on a free transfer following Charlie Wyke’s move to League One side Wigan Athletic – though some fans did not lament the move.

Taking to Twitter, Celtic fan account Everything Celtic (@aboutceltic) claimed the club had ‘dodged a bullet’ in missing out on Wyke’s services.

The 28-year-old Englishman became a free agent at the start of the month following the expiration of his contract with former Premier League club Sunderland.

The Black Cats talisman mustered an indomitable tally of 25 goals in 42 League One outings last season – though the striker had previously failed to surpass 5 goals in each of the preceding two seasons.

Celtic were once believed to be the likeliest destination for the player, but late interest from Wigan turned the head of the one-time prime Bhoys target.

It is reported that Wigan’s late offer was significantly more lucrative than rival offers, with Wyke snubbing interest from Championship clubs and Celtic in order to move top the DW Stadium.

In the world of football, money talks – and Wyke’s story is no exception.

The former free agent appeared to be inundated with a wide range of interest from clubs both in and outside of English football, placing him in a position of ever-stronger agency over where he could ply his trade next season.

Have Celtic made a mistake in missing out on Wyke? 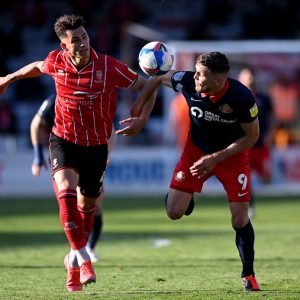 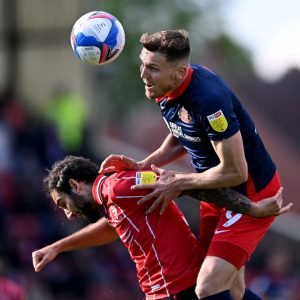 Although Wyke represented a prolific and available option, Celtic appear to be more focused on defensive reinforcements at present with the arrival of Osaze Urhoghide and links to Carl Starfelt.

With Leigh Griffiths tied down to fresh terms too, the need for a new striker has seen the pressure temporarily reduced.