Kristoffer Ajer looks increasingly set to leave Celtic following news that the centre-back is absent from the Bhoys’ Champions League squad list for their qualifier against FC Midtjylland.

The 23-year-old is expected to complete a £13.5 million move to Premier League new boys Brentford, representing a club-record fee for the Bees.

Taking to Twitter, respected football journalist John Percy of The Telegraph has confirmed the news, with the latest development adding fuel to the speculative transfer fire.

With the move yet to be formally confirmed, it is unclear as to how close Ajer is to joining Brentford.

The two clubs have agreed a fee and the structure of the deal, but the move may depend on the outstanding completion of a medical, personal terms and international clearance.

Ajer previously went public to agitate for a move earlier last month and declared a summer move to be ideal for all parties as he enters the final 12 months of his deal.

Ahead of tomorrow’s qualifier, Celtic fan page Everything Celtic (@aboutceltic) confirmed that Ajer is a notable absentee from the registered squad list in a further hint that Ajer is not a part of Ange Postecoglou’s plans.

Celtic have lined up Sweden international Carl Starfelt, 26, to join the club for a €5 million fee with Italian expert Fabrizio Romano confirming a deal is all but done for the progressive centre-half.

Celtic have completed the signing of Carl Starfelt from Rubin Kazan for a fee of £4.3M. 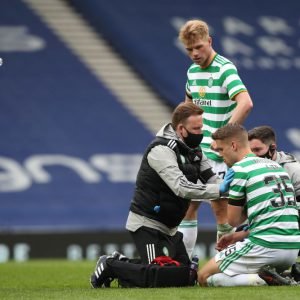 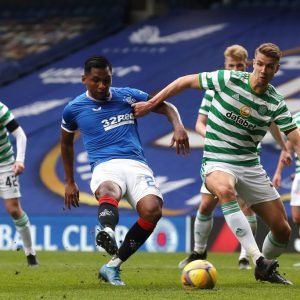 Following numerous hints from reputable journalists, the latest development only serves as further evidence that Ajer is unlikely to be a Celtic player next season.

Although a direct replacement is all-but-confirmed, fans will be hoping that the proceeds from Ajer’s sale can be swiftly re-invested with the start of Celtic’s domestic season just weeks away.