Celtic have been dealt a boost ahead of tonight’s Champions League qualifier clash with FC Midtjylland following the Danish side’s latest transfer business.

Midtjylland are the sister club of newly promoted Premier League club Brentford and the clubs frequently conclude deals between each other, with the two sides both owned by Matthew Benham.

The Bees have confirmed this morning ahead of the clash that Midtjylland enforcer and Nigeria international Frank Onyeka has joined the London club on a five-year deal.

The midfielder underwent a period where he remained in Denmark to train with the Midtjylland squad ahead of securing a work permit, keeping fit in the process. He is currently isolating, as per UK travel regulations.

The formalities have since been wrapped up and his departure has been confirmed  – and Celtic are an unlikely beneficiary.

As was previously noted by Celtic fan page Everything Celtic (@aboutceltic) on Twitter, Onyeka is one of Midtjylland’s most notable stars and the news is ‘huge’ for the club.

The Bees are also set to complete the signing of wantaway Bhoy Kristoffer Ajer in a deal worth £13.5 million.

Onyeka has certainly impressed for Midtjylland and his all-action presence in midfield had the potential to rumble the Bhoys. 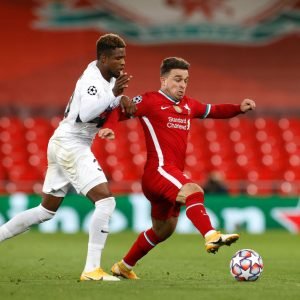 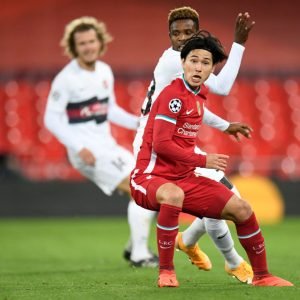 As is noted by WhoScored, only one player averaged more tackles and interceptions combined per game than Frank Onyeka (6) in the Champions League last season (3+ appearances).

Losing such an important midfield engine has benefits not just to Brentford in their Premier League ambitions, but Celtic’s in the highest echelon of European football.