Kristoffer Ajer is on the verge of a Celtic exit following the news that the centre-back has completed a medical with Brentford.

The 23-year-old is expected to complete a £13.5 million move to first-time Premier League side Brentford in a deal that represents a club-record fee for Thomas Frank’s side.

Taking to Twitter, Sky Sports Scotland have broken the news that the 6’5 bulwark is on the verge of moving to the highest level of English football.

Twitter: BREAKING: Kristoffer Ajer has passed a medical at Brentford ahead of joining the Premier League club from Celtic in a £13.5m deal

Ajer previously went public to agitate for a move away from Paradise earlier last month, urging that a summer move to be ideal for all parties as he enters the final year of his Celtic contract.

Ahead of tonight’s Champions League qualifier, Celtic fan page Everything Celtic (@aboutceltic) confirmed that Ajer is a notable absentee from the registered squad.

As a result, it appears that a deal was therefore at a highly advanced stage with the successful completion of a medical only highlighting how imminent a departure is.

Celtic have lined up Sweden international Carl Starfelt, 26, to join the club for a €5 million fee.

Celtic have completed the signing of Carl Starfelt from Rubin Kazan for a fee of £4.3M.

Italian expert Fabrizio Romano recently took to Twitter to confirm a deal is all but done for the ball-playing defender.

Agreeing a financially viable solution is ideal forall parties and has prevented the Ajer saga from turning ugly. 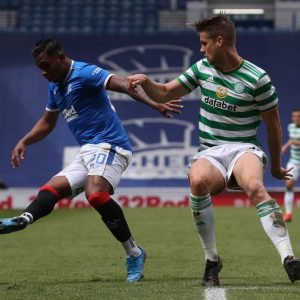 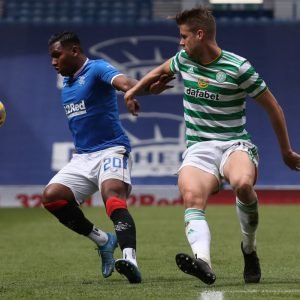 Moreover, an experienced player attuned to Ange Postecoglou’s ball-playing system has been secured, meaning the Bhoys can push on at least somewhat safe in the knowledge that the centre-half position is restocked.

However, another central defender and a right-back could remain on the agenda with mostly only youngsters currently available to fill those positions.