New Celtic signing Kyogo Furuhashi has been pictured at a Japanese airport as he prepares to arrive in Scotland to link up with the Bhoys’ squad.

A video shared by Celtic fan account Everything Celtic (@aboutceltic) on Twitter features the new Celtic winger making his way through boarding facilities, following sanitation protocols in the process.

He is expected to undergo a period of quarantine in London in a similar manner to Celtic manager Ange Postecoglou when the Bhoys tactician completed his move to Celtic.

The new signing was recently confirmed by Celtic, with the left-sided winger having shared a pitch with Barcelona legend Andres Iniesta at Japanese club Vissel Kobe.

He scored on his final game for the club ahead of his Celtic move as he paid an emotional tribute to the club’s fans.

The 26-year-old is also frequently deployed as a forward and represents a versatile option in Ange Postecoglou’s new-look Celtic side.

Are you excited by Furuhashi? 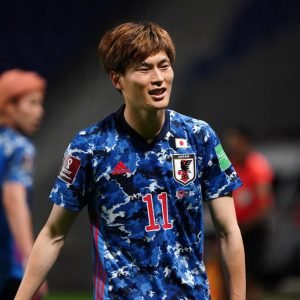 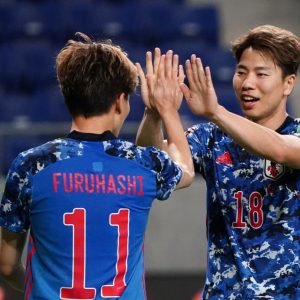 He will be an obvious absence for Celtic’s season opener against FC Midtjylland in the club’s Champions League qualifiers tonight, though he should be eligible to be registered in time for the next round if Celtic can progress past the Danish side.

The Bhoys will then face either PSV Eindhoven or Galatasaray in the next round.