Alan Stubbs has taken a swipe at Celtic’s arch-rivals Rangers, claiming that he wishes the former Sheffield star had chosen Ange Postecoglou’s side over Steven Gerrard’s.

The versatile English midfielder and ex-Bladesman recently joined Rangers on a free transfer following the expiration of his contract at Sheffield United, who were relegated from the Premier League at the end of last season.

Stubbs has worked closely in the past with the Liverpool-born man who links up with his fellow Liverpudlian at Ibrox. Stubbs was a coach at Everton and spent some time developing the 27-year-old.

The former Hibernian manager namedropped Lundstram as an ideal replacement for now-departed club legend Scott Brown, who joined Aberdeen on a free transfer in order to take up a player-coach role with the Dons.

“It’s great business by Rangers, capitalising on a free transfer. Over the last three years John did really well with Sheffield United, going on to play in the Premier League.

“I’m sure John would’ve had options to stay in England. I’m delighted he’s getting a move to Rangers, a club riding high.

“But I just wish he’d signed for the team on the other side of Glasgow. He certainly brings steel, real substance and drive, to a midfield. Scott Brown did all that and more for Celtic.

“I’m not saying John is exactly the Broony type of player but he’s a winner. And in terms of the impact he can have on a team, it’s what Celtic are going to have to try to find after losing Scott.”

Having had the chance to appreciate Lundstram’s talents up close, Stubbs will be well-acquainted with the attributes Lundstram could have brought to Celtic.

Should Celtic have signed Lundstram? 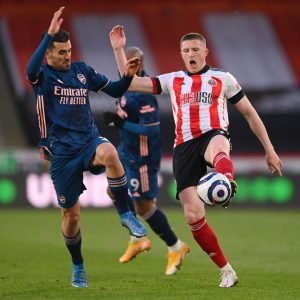 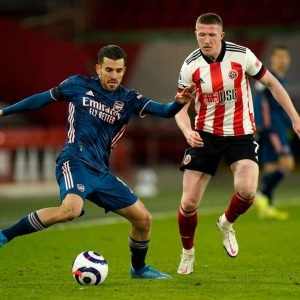 His tenacious, hard-working style of play renders him a well-rounded enforcer that could have complemented the likes of Callum McGregor or Ismaila Soro in the middle of the park.

Able to drive offensive play from a deeper-lying position or push further up the pitch, his utility-man attributes will undoubtedly be Rangers’ gain.