Frank McAvennie has claimed that Vasilis Barkas has thrown away his chance of a career redemption at Celtic following a Champions League blunder.

Doubts have again been raised over the suitability of Vasilis Barkas as the Bhoys’ first-choice goalkeeper.

Postecoglou re-affirmed his present first-choice status, choosing to deploy him in Celtic’s 1-1 draw in their first leg tie against FC Midtjylland.

However, his faith was not entirely repaid; the goalkeeper gravely misjudged an Evander free-kick that robbed a 10-man Celtic side of the chance to travel to Denmark with a goal advantage.

“For me, he’s not got it. He’s not got what it takes. I was hoping he would have a fresh start under Ange.

“But that massive mistake knocked him back. I feel for him because you don’t become a bad keeper overnight.

“I blame his treatment last year, whoever brought these boys in. Coming to Celtic is a massive thing.

“You might think you’re on for a big payday but if you don’t cut it, you’re out.

“The new manager has given him a chance but after the other night, I think someone else will be coming in.

“He’s not going to be our number one, that’s for sure.”

Anderlecht captain and goalkeeper Hendrik Van Crombrugge has since issued a come-and-get-me plea to Celtic.

The 28-year-old shot-stopper spoke glowingly about the Bhoys and indicated he would grasp at the chance with both hands to make a move to Paradise if the Hoops came in for his services.

Judging him on his first game back may superficially seem brutal. But Celtic fans have been dragged through the mud in terms of nervous displays from last season.

Can Barkas ever redeem himself? 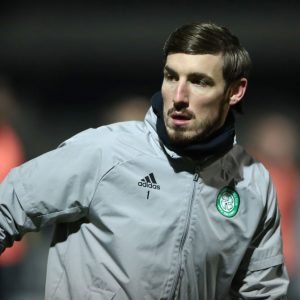 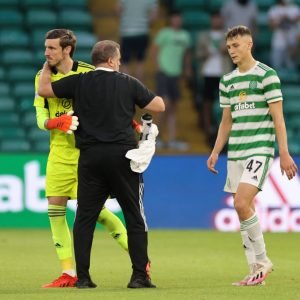 Barkas found himself rotated around with the likes of Connor Hazard and Scott Bain, re-asserting the need for an established shot-stopper.

The ex-AEK Athens man has work to do sooner rather than later if his Celtic future is to become assured.