Celtic have heavy investement as their ‘onlu option’ this summer during the transfer window following confirmation of the sale of Kristoffer Ajer.

That is the view taken by well-known football finance expert Kieran Maguire who believes Celtic are destined to spend heavily.

The club recently confirmed a deal that has seen the 23-year-old Norway international join new Premier League outfit Brentford in a deal believed to be worth a reported £13.5 million.

Superficially, the deal provides a financial cushion for Parkhead chiefs that defends the long-run financial health of the club.

However, as was previously noted by Maguire, Celtic have been buoyed in recent years by a healthy stock of savings and were already in a strong financial position before the Ajer sale.

Consequentially, Maguire believes fan pressure and selling from a position of good financial health will create the perfect conditions for summer spending.

“The good thing is they have the cash in the bank,” claimed Maguire.

“As we know, Celtic’s model has generally been to sell one big-name player for an eight-figure fee per year. That’s how they manage to stay sustainable.

“The fans will, therefore, be hoping that the money they received from the sale will be reinvested in the squad. That’s the only option they have if they want to be competitive”

Celtic are certainly fortuitous to have the necessary financial muscle for investment at their disposal, and the pressure to replace key outgoings is immense.

Celtic have already replaced Ajer with Carl Starfelt, but doubts continue to swirl over the goalkeeping department whilst the full-back positions have yet to see any new incomings. 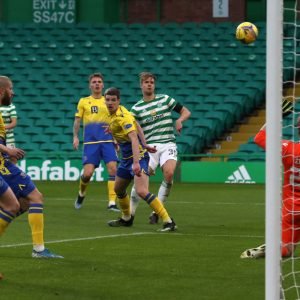 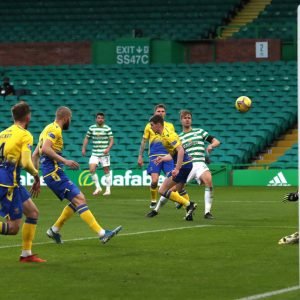 That is despite the departures of loanees Diego Laxalt and Jonjoe Kenny.

As a result, the new style of play under Ange Postecoglou and the natural erosion of squad depth creates a second and equally perfect miasma of conditions needed to necessitate summer spending, further validating Maguire’s belief.