Celtic could face a battle to keep hold of a promising youngster in 18-year-old Norwegian defender Leo Hjelde following a subtle social media hint from the young Bhoy.

As shared by Everything Celtic (@aboutceltic) on Twitter, Premier League club Leeds United have been linked with a move for Celtic’s 18-year-old centre-back over the last few months, with the account claiming that some reports saying talks were ongoing.

Leeds Utd have been linked with a move for Celtic’s 18 year old centre-back Leo Hjelde over the la… https://t.co/WTq6awbYra (@aboutceltic)

Hjelde has since followed Leeds on Instagram, injecting fresh fuel into speculation that he could be on his way to Elland Road.

According to Phil Hay of The Athletic, the Whites have their eye on a pair of Celtic starlets, with centre-back Hjelde joining left-back Matthew Anderson as featuring on their list of youth targets.

“Leo is going to be the next Van Dijk – trust me on that. The quality he has shown, the physical challenge, playing real men’s football and standing up to it – it’s been a wonderful experience for Leo.

“Before he came, Leeds United were after him. I think he had to sign an extension to his contract for the loan to go through.”

Leeds United have made a habit of snapping up youth-level talent from elsewhere.

Will Leeds make a move for Hjelde? 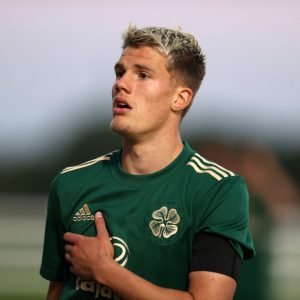 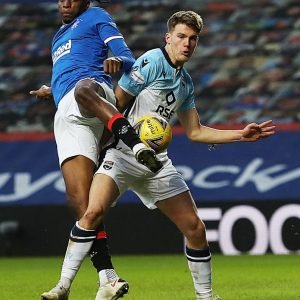 The Whites have already signed promising Chelsea youngster Lewis Bate on a long-term contract in this window, with last summer seeing the likes of Joe Gelhardt and Crysencio Summerville joining Leeds’ youth ranks.

Hjelde would certainly fit the bill and is highly-rated by those that have worked with him. Celtic may be left seeing a bid soon.