A report yesterday from local outlet The Argus asserted that the Seagulls have not formalised their interest in Edouard, corroborating similar claims made by Brighton correspondent Andy Naylor of The Athletic on Twitter.

The Argus claimed that according to ‘a well-placed source’, ‘reports that keep emerging are completely false’.

Conversely fresh reports from The Daily Mail, as shared by The Scotsman, refute the suggestion in an increasingly confusing saga of conflicting reports.

It is claimed that Brighton will wait until Celtic have returned from Denmark after the second leg of their Champions League qualifier with FC Midtjylland.

They will then look make a £20 million offer for striker Odsonne Edouard, though arch-rivals Crystal Palace are also credited with interest.

Sharing a Twitter re-hashing of the news from Celtic fan account Everything Celtic (@aboutceltic), a Brighton fan asked Nixon on Twitter as to whether there is any truth in the suggestion that Brighton will make a big-money move for Edouard.

In response, Nixon claimed there is ‘a fair bit’ of truth to the claims.

Celtic fans will by now be accustomed to the uncertainty surrounding the future of a number of key players as they enter the final year of their deals, with Edouard standing as no exception.

Celtic have already cashed in on Kristoffer Ajer following an accepted offer from Brentford, and a similar story will likely unfold with Edouard.

Will Celtic get £20m for Edouard? 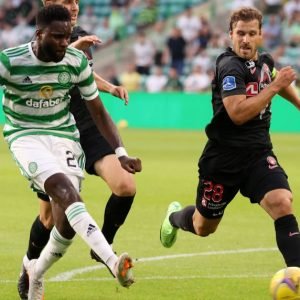 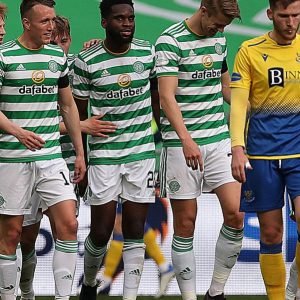 Parkhead chiefs will not want to price Edouard out of a move and risk losing an asset for free on a Bosman transfer in six months’ time, but acquiring an acceptable sum is an equal priority.

Celtic are already in a strong financial position, unusual for most top European clubs, and further sales will only heighten calls for further backing for Ange Postecoglou’s new-look side.