Former Celtic defender Erik Sviatchenko took to Twitter after his new side FC Midtjylland dumped the Bhoys out of the Champions League qualifiers in a 3-2 aggregate win.

Having ensured victory on home soil, Sviatchenko took to Twitter to share a squad photo of the jubilant Midtjylland squad in the dressing room.

Simply captioned ‘Family’, the Tweet was accompanied by a red heart and a black heart emoji in a nod to Midtjylland’s colours.

Sviatchenko was reportedly a target for the club under Amge Postecoglou earlier last month, though interest appears to have died down.

The club has since recruited 26-year-old Sweden international Carl Starfelt in the centre-half position, replacing the now-departed Kristoffer Ajer.

The Danish centre-back left Scotland in favour of a return to his native Denmark in 2018 but frequently continues to support the club and engage with supporters on social media.

The 29-year-old won five major trophies in Glasgow in just two years at the club.

The photo was surely no slight at Celtic and should be taken at face value.

Do you still hold Sviatchenko in good regard? 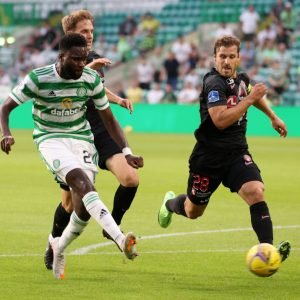 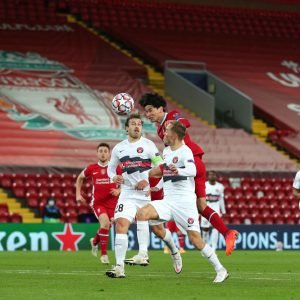 Sviatchenko clearly remains affectionate with the Celtic faithful and shares an affinity with the club.

Indeed, many supporters took to the comments of Sviatchenko’s post and wished him well going into future fixtures this season in further evidence of how fondly the Dane is thought of in Glasgow.